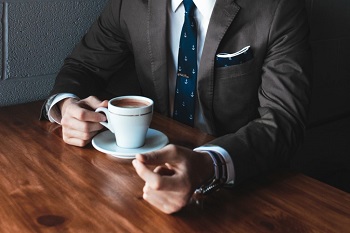 Is this a radio play? There are voices but with too much background noise. No script, no censorship… Is this an improvised drama in audio version? The actors sound very credible. Oh, is it really his voice? It`s too blurred.

Eavesdropping scandals are often met with disbelief, at first. It happens, somehow, that the actors are mostly politicians. No need to look too far. The most famous overheard conversations, in recent years, took place in Europe.

Sarkozy and the wealthiest woman in the world.

Lilliane Bettencourt, one of the principal shareholders of l`Oréal, illegally financed Nicolas Sarkozy`s election campaign in 2007- headlines thundered in 2010, when it came to light. A former book keeper disclosed to media recordings from some meetings. According to those, Bettencourt was said to donnate 150 thousand euro to Sarkozy’s campaign. In exchange, she was to have been treated preferentially by tax office. In 2013 Sarkozy was cleared of charges.

For all the Turks are one family.

Talks between father and son seldom make headlines, unless they concern illegally fluidised millions of euro – at least 30 million, and the father`s name is Recep Tayyip Erdogan, the Prime Minister of Turkey..

A youTuber „kindly“ shared a recording where we can hear how Recep Tayyip Erdogan, the Prime Minister, privately mentioned father, urges his son to hide corrupted money in various investments.

Family matters become national and open only when such recordings come to light. Turkey was said to send mercenaries to fire missiles in the direction of Syria in order to justify military intervention in this country.

As next scandalous publications were about to appear, in order to save good reputation and image, Ankara reacted quite weirdly – YouTube was blocked for some time..

It would have been the longest rule in Europe ever, if he hadn`t been eavesdropped.

Who? The Prime Minister of Luxembourg, Jean-Claude Juncker. He was the head of government for 18 years. It turned out, though, that secret services, which were under his control, eavesdropped politicians, ministers, and even were to work with Russian oligarchs.

How such information could see broad daylight? The intelligence chief wore a watch with a built-in microphone. The Prime Minister was blamed for this.

A polygraph for every politician?

Governments rarely admit their failures. Nonetheless, “a peeping Tom” at the door, a glass put to the wall or a voice recorder under the table, can show what politicians really think about their work.

Hungary, 2006. The Prime Minister, Ferenc Gyurcsany, summed up two years of his reign with very unflattering words. It caused a torrent of indignation with crowds on the streets, but Gyurcsany did not resign then. He did it only three years later, which seemed to be with no connection with his outburst. Find out other political scandals in the next article!

Voice recorder in the leading role

Leading role seems to be given to some eavesdropped individuals. The device itself may only be a supportive actor. Is the recorder a villan or a hero? Neither one nor the other.

It is just a helping hand, a later narrator who, with due precision, tells the story and quotes its characters.

Easy access to devices which enable eavesdropping raises the temptation to use them. Many people have doubts, however, whether through the use of wiretaps we are not exposed to criminal...