Technological development is so intensive nowadays that users expect more and more from the latest cutting-edge devices. This is especially true for mobile phones. Younger generations do not remember times when a phone was used only for making and receiving calls and occasionally short text messages. Some of us surely remember when a huge and clumsy mobile phone with an external antenna was a sign of prestige. People were green with envy when they saw someone talking over a mobile phone in public!

At the end of the 90s, mobile phones became a symbol of wealth, prosperity and splendour. Over the years they have featured more advanced functions, like games (do you remember the Snake mobile game?), ability to send multimedia messages and even a camera (of really low quality).

Now, we live in the era of smartphones – huge touch screens, useful apps and 24/7 internet access. Phones are like computers plus they are small, mobile and always close at hand. It’s no wonder that we expect them to be even faster, more powerful and functional.

A mobile phone is also a handy tool for GPS location. Police forces use this possibility to locate missing or wanted persons.

Is it possible to locate a phone on your own? 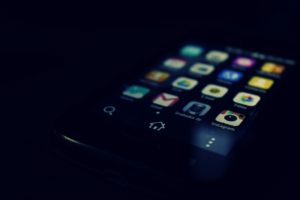 Many models of smartphones feature this function. iPhones are equipped with the Find My Friends app that helps you locate a person using their phone number. There are two conditions – the person that is to be located also needs to use an iOS device and has to allow sharing their location in the device settings.

Apps like Find My Kids are similar and available for the majority of mobile devices. As the name suggests, they’re used mainly by parents to locate their children. They allow verification of the phone’s geographical location and parents can check whether their kids are in the safe zone. But this function is more and more used by persons suspecting their partners of infidelity, to check the honesty of workers or for industrial espionage. So, the question is – how to locate someone’s phone?

The most effective solution is to install spy software on a smartphone that you want to monitor. It gives you not only the possibility to track a device, but also to listen in on it.

Locate and… listen in

A precise location is one of many functions that this software has to offer. Monitoring a smartphone may also entail full control of its use. Listening in on conversations or sounds of its environment, receiving copies of SMS and MMS, history of calls and photos taken with the built-in camera – these lets you gather evidence of infidelity, worker’s dishonesty or protect your child against cybercrime. 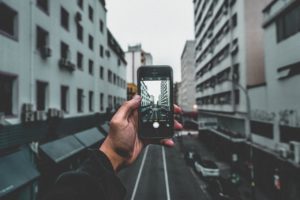 You don’t have to worry that your spying activities will be revealed. The GPS location is super discreet and it doesn’t alter the phone in any way, so its user doesn’t suspect anything. Gathered material is sent to a pre-defined e-mail address. Discretion and anonymity let you comprehensively and easily monitor a phone for many months. This software can also be used as a reliable safety function in emergencies like losing a phone or its theft.

Even very young kids are able to operate mobile phones. Installing spying software not only lets you react immediately in case of danger but is also a safety measure in case of abduction or parental kidnapping. Finding a child and providing help is possible in a short but how valuable time.

Using the cell phone tracker, like SpyPhone is invaluable not only to control others but it successfully maybe be used to secure your own phone – you can locate it what greatly improves your chances of finding it.

Today smartphones are affordable and we may easily replace it but data stored on them is often priceless. Photos from vacations that you haven’t downloaded to your computer yet or important telephone numbers that are hard to reobtain don’t have to be lost for good.

The option of cell phone tracking is common as data on where we are are not only in the hands of mobile carriers but are also used by apps, like the Pokémon Go or apps helping to find the nearest pubs or recommended restaurants.

Obtaining this data from companies is not possible for a common man, so it seems that the effects of spying a phone are available only for the companies who perform such activities.

If you would like to track and eavesdrop someone’s cell phone, you should use appropriate software. Recommended cell phone tracker SpyPhone has versions for Android, iOS, Symbian and Blackberry OS.

You need to have in mind that this type of control should be performed sensibly and in accordance with the applicable law. If an employer wants to monitor their workers for leaking confidential information, they need to inform them beforehand. This is not a must in case of children as such activities are done in good faith and to provide them with maximum security.